The Sense of an Ending, by Julian Barnes, a review

I just finished reading Julian Barnes's novel, The Sense of an Ending, and I loved how it kept me guessing. I love Barnes's writing, and here he really impressed me with his craftsmanship. It's the story of how a man, Tony Webster looks at his youth through the lens of late middle age, confronting his past, and changeable and unreliable memory, in the process. So as Tony examines his memories, and truths that he never knew about are revealed, the story, in Barnes's somewhat restrained style, becomes a bit of a mysterious page-turner. It was a nice combination of thought-provoking, subtle, and entertaining.

As a woman in middle age, I loved that the book made me really think about aging, regret, and remorse. It also made me ponder the idea that we are, at best, unreliable narrators of our own lives. And the book was disturbing in that it made me think about self-delusion, and how easy it is to think you are one kind of person, when maybe you are not. Ah, human frailty, how universal you are.

I did have one strange thing happen while reading it. I read it as an e-book, and because I was powering through it, I never checked how far I was actually getting in the book, and the ending took me by surprise. It felt a little abrupt, but I don't think I would have felt that way had I been reading a paper edition, and anticipating the ending as it got physically closer. And it was a book that I didn't want to end. Barnes left me there, wondering what effect the knowledge Tony gained would have on the rest of his life. The ending was elegant, and satisfying in that it left me sitting there, staring off into space, putting all the little pieces of the story back together in my head, armed as I now was with more knowledge. But it also left me wanting just a little bit more. And isn't that how the best books are?
Posted by Gentle Reader at 4:41 PM 44 comments: 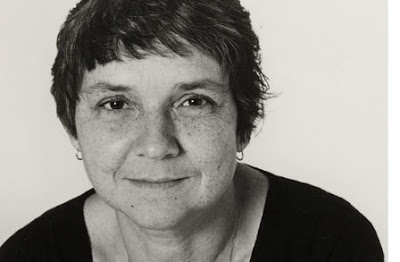 And the lovely Ti at Book Chatter reviewed a novel called Heft, by Liz Moore, that I'm now dying to read. It's about an unlikely family formed by an overweight professor, his past female student, and her troubled son. Ti mentioned that it might be a good follow-up to The Perks of Being a Wallflower, by Stephen Chbosky, which my son and I both enjoyed. It's just about to come out in paperback, fortunately. Ti, I'm on it!
Posted by Gentle Reader at 1:14 PM 2 comments:

The Perks of Being a Wallflower, by Stephen Chbosky--(inspired by my 15-year-old son, who read it all in one day) A modern classic of troubled teendom and outsiderhood. This reminds me how much I hated being a teenager. That said, I'm glad my son read it and related to it.
Posted by Gentle Reader at 4:52 PM 9 comments:

Do you carry books with you when you’re out and about in the world?

And, do you ever try to hide the covers?

I do carry books with me, in my voluminous, Hermione Granger-style purse. Either that or I carry my iPad, which always has a book or two on it. I hate to be without reading material in case I get stuck somewhere, in a doctor's office, waiting for someone to show up, on a runway, whatever.
I never try to hide the covers. I used to hide the covers of Harlequin Romances when I read them as a young teenager. Embarrassing! But if anything, I'm usually happy to share the title of whatever I'm reading at the moment with whoever might want to know. Probably a little too willing to share my thoughts, as well.
How about you? Do you carry books with you?
Posted by Gentle Reader at 6:12 PM 10 comments: