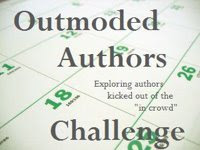 It's almost autumn, the new school year has started, and it feels like change is in the air.

My first forays into the world of book challenges have not ended all that well. I tanked on the Non-Fiction Five Challenge, finishing three out of five I challenged myself to read. And I did even worse on the Southern Reading Challenge, only reading one of the three books I planned to read.

Strangely, it felt like something was working against me in both cases. For example, I lost one of the books I chose (and bought!). Yes, lost. Apparently it has disappeared in my horrendously huge pile of unshelved books. I still can't find it. That's never happened to me before. And I ordered another book from Amazon, but they delayed and finally cancelled my order. Another book disappeared from my shelves...it's like the Twilight Zone around here.

But I did read some interesting books for both challenges (Rafe Esquith's Teach Like Your Hair's On Fire--review here, Barbara Kingsolver's Animal, Vegetable, Miracle--review here, and Lee Smith's Fair and Tender Ladies--review here). So I'm ready to try again.

Now that it's almost a new season, I'm starting over. This time I'm only signing up for one challenge, the Outmoded Author's Challenge hosted by Imani. It's a challenge to read three books by three authors who have gone out of fashion, which is an intriguing premise to me. As the introduction to the challenge says: "A reading challenge for all interested in exploring authors who were kicked out of the 'in' crowd." It really made me think about what makes authors remain popular... And I have until February 29, 2008, which ought to be enough time (fingers crossed). Check out the challenge, and the amazing list of "outmoded" authors here.

I haven't finalized my list of books for this challenge yet. I'd read something by Elizabeth Bowen, but I kind of consider that to be cheating, since she's one of my favorite authors, outmoded or not.

So I've chosen to read Sir Walter Scott's The Heart of Midlothian (Penguin Classics), since it was already on my list.

I think I'll also read Of Human Bondage (Bantam Classics), by W. Somerset Maugham, since Maugham is someone I feel I should read, and several friends have read and recommended him lately.

Then I have to pick another author, and I'm torn between May Sarton, Janet Frame, and Sarah Orne Jewett. Oh, the choices we face...
Posted by Gentle Reader at 12:06 PM

3/5 and 1/3 aren't bad! You had fun, right, and maybe met some new people? I hope this one goes really well for you, though, in all ways.

I agree with Dewey, you read several of your chosen books, you enjoyed some of them, and you met some new people who were also participating. That really is an accomplishment.

Good luck on this challenge!

The first Challenge I successfully completed was the Summer Mystery Challenge. Somehow, it's almost harder to read a book that you "have" to than one laying there in the pile waiting. Too bad about the lost one, I hope it appears soon! Myself, I would go with May Sarton. Although I must say, that my foray into Dickens this winter was rewarding. It seems that you've picked some interesting choices; all new to me.

dewey--thanks--I know, I'm hard on myself, but you're right, at least I read some good books, met some nice people, and had a good time!

jenclair--thanks, and I'll just pat myself on the back now, for my accomplishment!

bellezza--I agree, sometimes I felt other books called to me more than the ones I was "supposed to" read, but then I realized it's all for fun, anyway, so I let myself off the hook. I have a copy of May Sarton's Kinds of Love, so it's the logical choice. Unless I lose it, of course! I'm sure my other book will turn up at some point :)

I'm glad you joined this challenge.

I tanked on the nonfiction challenge too, only managed two of the books I had promised I'd read. Got distracted by so many other books! Glad you're doing the outmoded authors challenge. I'm reading maugham too--The Razor's Edge. Should be fun!

stefanie--glad I'm not the only one who didn't finish! I'm glad you're reading Maugham, too. I read The Razor's Edge when I was too young to appreciate it--I think I need to revisit that one, too :)

What an ingenious premise for a challenge! I don't know if I will be able to participate but I think I would have fun picking out books! :)

"Of Human Bondage" is definitely one my favorite reads of all time and something I have been wanting to reread for the longest time. GR, I so look forward to your thoughts on the book!

lotus--I'm looking forward to reading it and sharing my thoughts :)

This outmoded author thing is intriguing. I have a late start, just began reading a book called A Charmed Circle by Anna Kavan, whom I had never heard of.

Maugham is one of my favorite authors and it makes me a bit sad that he's considered one of those who got kicked out of the "in" crowd!

But the sunny side is that now more people, at least among the book bloggers, will read Maugham as the challenge is raising the awareness.

I don't have a list of books for this challenge. Guess I'll pick up whatever interests me along the way. :)